While Bentley Tibbs is every bit the modern, forward-thinking man, the allure of a past life spent in the Mississippi 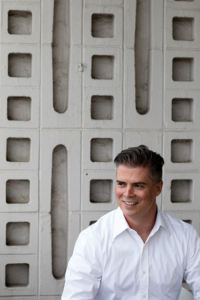 Delta beckons him, making an appearance in both his work, his home, and the way he looks at life. The celebrated architect now lays his head in Dallas, Texas, but his heart still lies deep in the fertile soil that grew him.

A childhood spent between Cleveland, Mississippi and the family farm in Hushpuckena may seem too simple for some, but the architect describes the richness of such an upbringing as overflowing with inspiration. “It was unbelievably rich,” he remembers. “The very first—informal—part of my architectural education was running around old barns, climbing on hay bales in Hushpuckena with my brothers as the light was falling through open roofs. It was the exposure to old buildings like Mr. Johnny’s gas station. I was lucky to have those experiences as a child. Those sensual experiences stay with you. I can still smell it, hear it, see it, and taste it.” 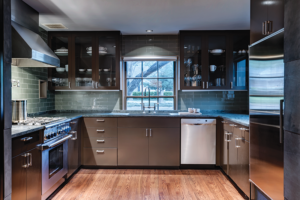 While Bentley credits his parents for helping to shape his eye and his interests, he also gives them credit for, perhaps most importantly, giving him the freedom to find his own way in life. His father, Dr. Robert Tibbs, a long-time local physician, encouraged him to explore history when he left for college at Rhodes, Delta State, and Texas A&M, respectively. “I really believe he always knew I would turn to architecture,” says Bentley, who explored other studies before settling on architecture as a second year senior in college. “After I declared architecture as my major, I was home one Christmas and he pointed to some books on a shelf that were all about the Renaissance, the Byzantine era, and the like. When I opened those books, I saw where, as a child, I had scrawled in the margins. He knew me and I believe knew what road I would take all along. But, he wanted me to figure it out and make that decision on my own.” 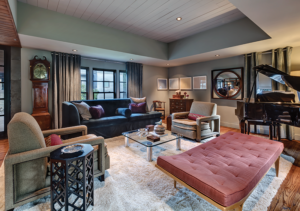 cultivate his artistic eye. He dove into the study of European and British architecture, an experience that melded with his Mississippi upbringing to create a unique aesthetic that’s been dubbed “Southern Modernism.”

When Bentley finished school, he set out to leave Texas, scouring for jobs along the East Coast. But, as fate would have it, Texas called him back, as he landed a job with the iconic Frank Welch. “Frank was a Texas regionalist whose work is quintessential Big Sky Country,” says Bentley, whose reverence and admiration for Frank are obvious. After five years of working with Frank, Bentley decided to go out on his own. “I went into Frank’s office to let him know and he insisted that I finish the jobs I had going in his office,” he remembers. “Looking back, I realize that he was essentially giving me part time work so I could feed myself while I got started my own. I am grateful to have had the opportunity to know him.” 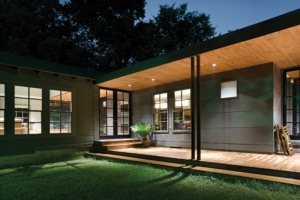 As Frank likely saw, Bentley had the talent and the drive to make a name for himself. After twenty-three years in Dallas, he’s done that and more, becoming a go-to in the area for modern architecture. Perfect evidence of his aesthetic is his own home, Santa Clara, in Dallas’ Little Forest Hills neighborhood. A decade ago, Santa Clara was mere 900 square foot “generic as can be” simple home, making it the perfect clean slate for Bentley to work his magic. Now, the home is Bentley’s respite from the world – a modern space with no modern technology. “You won’t find a television or a computer here,” he says. “There’s enough noise at work. The only thing you’ll hear here is the big clock.” Instead of coming home and turning on a television, Bentley spends his time

entertaining or working in his rose garden. “I’m part of the Dallas Rose Society, but I still have to call Jane Dunlap when 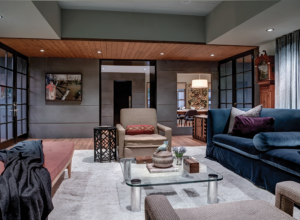 I have a question,” says Bentley of Cleveland’s very own resident rose expert. “She gave me the formula for my fertilizer and everything. My rose garden always reminds me of home.”

Santa Clara is well thought out in many ways—a hallmark of Bentley’s work. With wood tones and natural materials making up clean lines, the space is simultaneously sleek and warm. “I lived in a studio apartment downtown and I always loved the idea of one big room, which this home is a take on,” he explains. 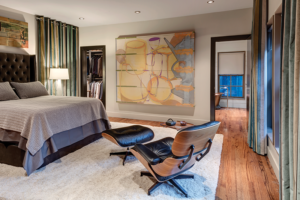 Adding to the juxtaposition of modern meets traditional are Bentley’s belongings which have been collected over time. His furnishings consist of antiques from all eras, a love of which he inherited from his mother Pat. “Mom has nice stuff,” he laughs. “They say you know a woman is from the Delta when she has a little land and a lot of silver. But, she taught me to realize things are good because of what they are, not because of what they cost. If things are beautifully made and crafted, they are worth something. Without flat out saying it, she taught me to apply that concept to people too. People aren’t worth more because of how much money they have, but who they have crafted themselves to be. She taught me to see the beauty in people and in things because of what they’re truly made of.”

From a 1950s daybed to an Eames lounger to a mid-1800s English china cabinet, Bentley takes pride in pieces that are 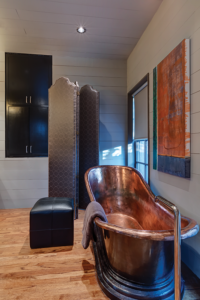 well designed and come with a story. “I love old pieces because I see myself as a caretaker of them,” he says. “If they’ve been around for 150 years and I’m the owner to mess them up, that’s a shame. I see it as me taking care of them in this lifetime before they go on to someone else in the next.”

The art collection found throughout the home is more a collection of stories than wall decoration. The large-scale piece in his bedroom was a gift from his graduate professor Joe Self, who created the piece to represent Joe, his wife Tracy, and Bentley and his partner Larry, complete with geographic coordinates of each of their births. Much of the home’s art, such as the piece hanging over the show-stopping copper bathtub, is Bentley’s work. “Sometimes while I’m working on a project, I paint on the side, and the piece becomes representative of my other work,” he explains. 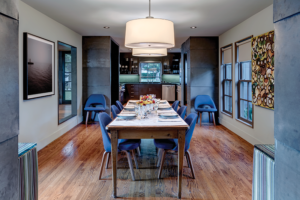 Some of Bentley’s favorite pieces in his home are those by Mississippi native Miles Cleveland Goodwin. “One year, on my birthday, I took the day off and decided to go to Valley House, a great gallery here in Dallas,” he says. “The owner Cheryl, not knowing I was from Mississippi, said she had an artist she really thought I would like. She pulled out these paintings by Miles and I got all weepy because they were like looking at scenes straight from Hushpuckena.” Bentley would go on to collect multiple pieces of Miles’ work.

“I have found my way here in Dallas and am lucky to have a second home here,” says Bentley. “But Cleveland and Hush will always, always be my home. I can’t shake it.”

5 thoughts on “A Delta Modernist”