A Night at the Midnight to Dawn 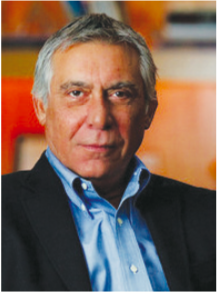 Yazoo City has always been a mysterious dichotomy—part Mississippi hills, part Mississippi Delta.
Hill Bound and Delta Crazy. Yazoo City people were unlike anybody from anywhere—a little wild Indian in all of them. There was one special event held each year to honor this spirit. The Annual Midnight to Dawn dance at the Armory in late May for Yazoo City’s graduating seniors. Anybody with a Delta driver’s license—real or fake—could come. And did, by the droves.
The music cranked up at midnight and carried on till 4:00 a.m. To my knowledge, there was nothing else like it in Mississippi. Maybe America?
The year was 1967. My mother was forcing a blind date on me. “Mama, I do not want to go on a blind date. Period.” The girl was visiting her cousins for the summer, the Bridgforths from Pickens. I should have known Mama wouldn’t make me go out with an ugly date.
When she arrived at our cabin on Egypt Lake—escorted by her aunt of course—I turned into mush, mesmerized by this gorgeous goddess—smiling, tall and beautiful. Dark skin like me. I felt like I was in a movie. Me, a rebel with a new cause; she, Natalie Wood.
It was my senior year. But, I wasn’t graduating from Yazoo High. I was finishing twelve years of education (all in one building, mind you) in the tiny town of Bentonia, seventeen miles south of Yazoo City. I was very conscious of being a farm boy.
Still, I had a number of Bentonia, Yazoo, and even Jackson friends. But one, most assuredly, was a trespasser—a big, famous college football tackle, whose name shall remain anonymous.
It was about 2:00 a.m. at the Midnight to Dawn. Hundreds were dancing to Double Shot of My Baby’s Love. I saw the big red-head coming towards me, but his eyes were riveted on my blind date. He never so much as gave me a glance. He gently shoved me aside. I supposed it was his way of “breaking in.”
If only he had tapped me on the shoulder, looked me in the eye, and asked politely, everything would have been fine. But no, he shoved me. (Being the youngest of four boys I thought I knew how to take care of myself.) I faced him and popped him in the snout, fully expecting to get clobbered by the giant. Instead, he clasped both hands over his nose. His eyes watered. He muttered something, turned and walked away. I resumed dancing with my good fortune.
Unfortunately, the story doesn’t end there. For some reason, there was another dance on Saturday night, which I didn’t attend. I took my “Natalie” to some other event.
My next oldest brother, Walter—by then a college student—heard I’d gotten into a scuffle with this college football player. Walter never had a chance to ask me about it. He assumed I’d gotten my head cracked. So, on Saturday night, he searched for and found the big guy, grabbed him by his shirt (so I was told) and escorted him outside onto the grounds. Where he proceeded to knock his teeth out. Later, there was a lawsuit. And, yes, Daddy paid.
I heard about my brother’s fight with the big guy the next day after church at family lunch. That’s when my argument with Walter progressed to the backyard, almost coming to blows. I was mad at his assumption I’d had the dog meat beat out of me. And he was mad because I didn’t appreciate his taking up for me.
It was the way of the Delta, mixed with the hills and the backyards of boys eager to become men. Fighting men of principle. My altercation that Friday night was only one of twenty-three I’ve experienced, or remember. Some were donnybrooks in bars, some in late night diners while still chewing on a hotdog. Most were mano a mano for some stupid reason. It was a rough four years. No wonder the girls didn’t like me. Although, I did once save a nice girl in New Orleans from being beaten by two bad boys. My father paid those hospital bills, too.
To this day, I still tease my good friend, Bryan Jones, “You were the lover, I was just the dumb fighter—who would rather have been a lover.”

Michael Hicks Thompson – Born in his mother’s bed and raised on a small Mississippi farm with three older brothers, Michael knows a thing or two about strong Christian women, alcoholic men, and Jesus. He lives in Memphis with his wife of forty-five years. His suspenseful, murder mysteries have won major awards, and he’s quite adept at interspersing his observations of human nature with theology. michaelthompsonauthor.com.

1 thought on “A Night at the Midnight to Dawn”