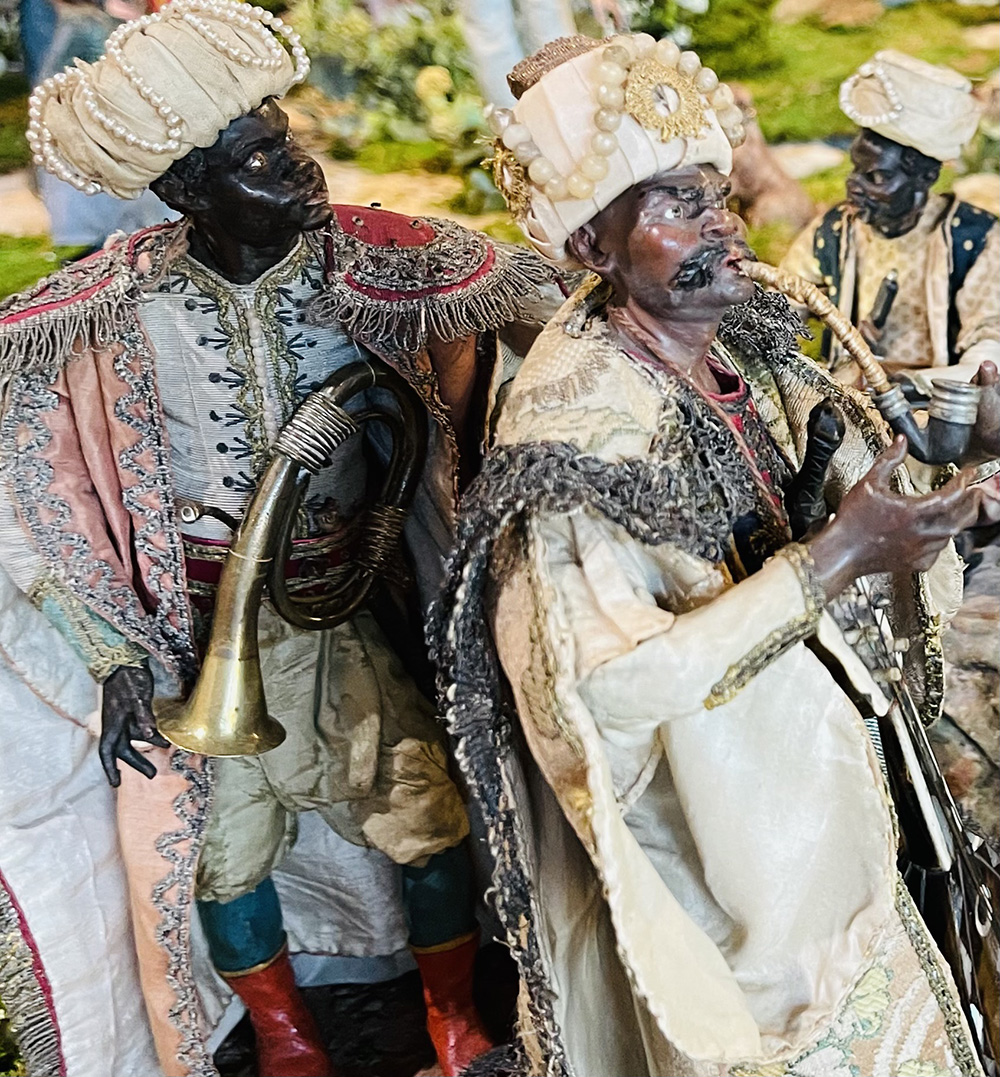 Centuries-old Italian figurines are once again a featured part of the holiday season at the Mississippi Museum of Art in Jackson, in a colorful, captivating display of the Nativity, the Magi, a host of angels and a swirl of 18th-century townspeople and activity.

The Younger Foundation Crèche and Bethlehem Tree Collection is on view through Dec. 31 in the museum lobby in a free exhibition, open to the public.

The more than 150 artfully crafted, highly detailed Neapolitan figures were collected by Jewell Younger Graeber (1923-2011) of Marks. She started in 1987 with four figures bought through auction houses — shepherds and a musician — and the collection steadily grew from there.

“It was a matter of, from the beginning, taking what’s available. Then, you figure out what you need,” said Gay Graeber Stubbs, her daughter and an artist now in Oxford. Stubbs has been the collection’s curator since the mid-1990s, at her mother’s request. She pursued museum studies to learn more about caring for the growing collection of the antique figures.

Angels were hard to come by, she recalled. “We got angels, and as we picked them up out of the packing, the silk dresses disintegrated into our hands.” Loretta Hines Howard, who gifted Neapolitan crèche figures to the Metropolitan Museum of Art, shared patterns for her angel dresses, and her mother redressed them all. “Mother was really good at sewing,” Stubbs said. “I guess that was her strong suit. Each hem of the skirt, sleeves and scarves has tiny wires, so you can bend them and it looks like the angels are flying.”

In the display in Jackson, angels flock along the branches of the lighted Christmas tree that rises behind the Nativity. “All those angels are redressed, except for one I found in an antique shop in Torino,” she said, adding that the original dress, long faded, is not nearly as pretty as ones her mother remade. The Holy Family is nestled amid Roman temple ruins, symbolic of the Christianity’s triumph over pagan religions. Naples artisans imagined and depicted Christ’s birth in their region and their times, so the scene is full of townspeople — butchers, shopkeepers, shepherds, vegetable vendors, farmers, musicians and more. Animal figures from the era were rare finds, too, and supplementing the village scene are leather models and some that Stubbs crafted.

In early years, figures were displayed in her mother’s dining room, where she had special cabinets built to hold them. It took a decade to amass enough for a public exhibition. “I spent two weeks in New York City, watching the Howards put together their tree,” Stubbs said. “I had access to the Metropolitan Museum of Art’s library, so I could study, watch and try to understand how presepios (Italian Nativity scenes) developed and how they played an important part of the Christmas traditions, particularly in Naples.”

The first public display was in 1997, in the lobby of the Bologna Performing Arts Center at Delta State University in Cleveland. “It was about half the size it is now,” Stubbs said, and the collection remained a holiday draw there for three years. The third year, her mother fell ill during the Christmas season, and schoolchildren wrote thank-you notes to her, telling her how much they enjoyed the display. ‘She loved reading all the children’s letters,” Stubbs said.

The collection was on exhibit at the Dixon Gallery in Memphis for a few years after that, and has been a holiday fixture at the Mississippi Museum of Art since 2008.

“MMA is very fortunate to be chosen by the Graeber family to host the tree and crèche,” MMA director Betsy Bradley said. “One of our core values at MMA is wonder — to inspire awe an excitement in visitors of all ages. You can see the awe and excitement on all faces when viewing the Bethlehem Tree: Younger Foundation Crèche Collection.”

Christmas traditions were a big deal in Stubbs’ own Delta childhood, with boisterous, cheerful festivities par for the course. One of her fondest recollections: at age 5, standing on a chair to pull the cord and open drapes to reveal a Marshall Bouldin painting, her Aunt Georgie Fisher’s gift to her husband (Stubbs’ uncle) Robroy Fisher at her parents’ Christmas Eve party. “It was so amazing!” 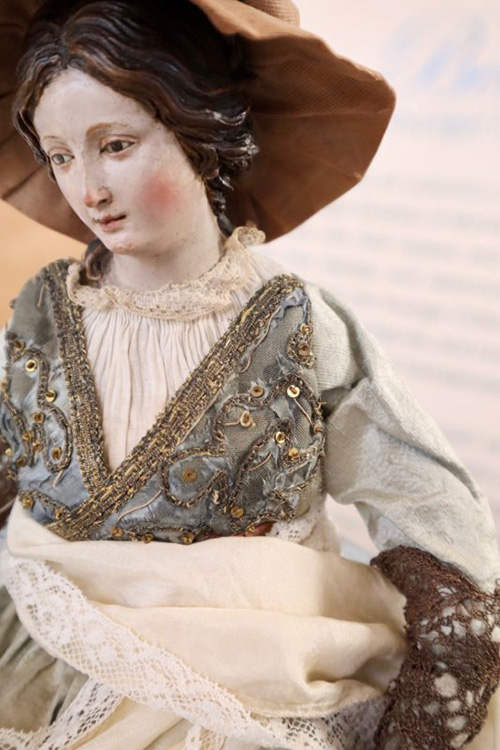 The home Nativity set she recalls from her childhood was “really plain, what you would find in any sort of department store,” she said. Her mother also made a whole ceramic set of Nativity figures.

Now, the Neapolitan figures, centuries old and hand-crafted across the ocean, have folded into her holiday and family memory. “I named some of them. Remember, I’ve been fooling with them for 20-something years,” she said with a fond laugh. Some are named for good friends, another she named after a neighbor in Oxford. An orange cat she made recalls a favorite pet of her mother’s. “My daddy’s favorite figure was the baker. Everybody had a little something they loved.”

Stubbs’ own favorite is the display’s grouping of African musicians. “That was really the last piece that we did together,” she said of acquiring the set with her mother. “I told her, because of our musical heritage in Mississippi, these are perfect, and we’ve got to have them. She believed me, and she got it.”