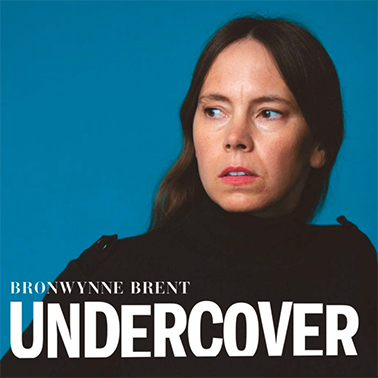 Greenville, Mississippi native Bronwynne Brent has recorded at the legendary Daptone studio in New York, performed on BBC television and radio, and was named Female Performer of the Year by Americana UK twice. Not bad for an artist who never intended to have a music career in the first place. “I kinda was just doing it for a hobby, because I know it’s such a competitive business,” says Brent from her current home in Bay St. Louis, Mississippi.

A chance meeting with a music promoter from Scotland at the 2014 Folk alliance conference in Kansas City changed all that. She has toured in the U.K. every year since, playing pubs and arts centers supported by a growing fan base. In fact, she played her last pre-pandemic concert there on March 16, 2020, before flying home after the rest of her tour was canceled.

To say Brent grew up in a musical family is an understatement. Her two older sisters—blues singer and pianist Eden Brent and country artist Jessica Brent—both have music careers of their own. Music was a big part of the Brent family; the sisters once recorded an album of songs, in three-part harmony, that their mother used to sing to them.

While her sisters went headlong into pursuing musical careers, Bronwynne’s own path to music was less direct. She took some piano and classical guitar lessons in high school but never really practiced. She only committed to playing her acoustic guitar after she fell under the spell of singer-songwriters like Neil Young and Joni Mitchell.

“Those are probably some of the first songs I learned—James Taylor, Kris Kristofferson, Jackson Browne,” she says. “and I guess as I got older I started listening to even older music, like Fats Waller and Esther Phillips. More jazz and soul.” 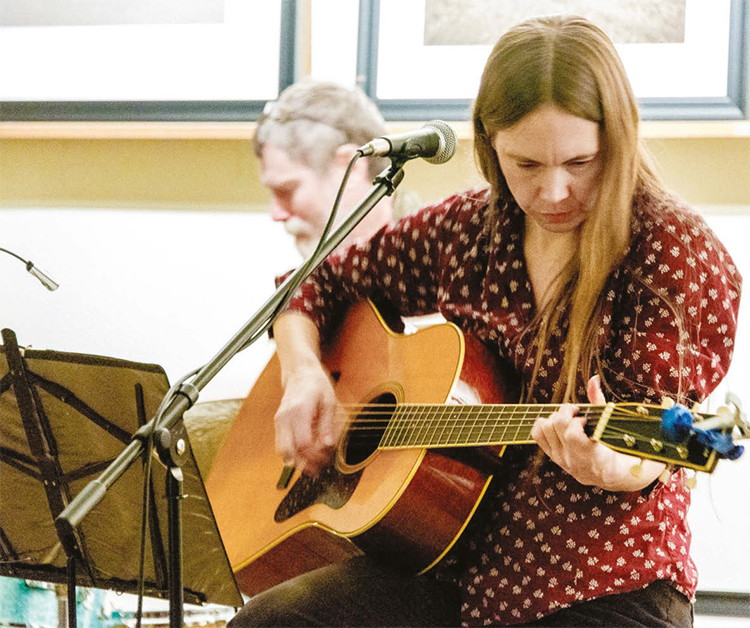 Playing coffee shops in Hattiesburg while attending the University of Southern Mississippi, she honed her set and landed her first regular gig playing at the weekly Farmer’s market in Ocean Springs. A move to Nashville in the early aughts to live with her sister pushed Brent closer to the music business. She picked up some of Jessica’s folk-guitar playing style and started playing gigs and open mic and songwriters’ nights in the city.

“I had a lot of songs I’d written, but I think I was still developing my sound so I didn’t want to make a record,” she says. “Not that I didn’t think I could do it. The timing just wasn’t right. I waited until I felt I was ready.”

She eventually recorded her debut album, Deep Black Water, in Austin in 2011, and then moved to the hill country west of the Texas music capital. The album was a solid collection of her strong Americana-folk rock material, but still, she found it difficult to breakthrough in the city’s music scene.

“That town is so saturated with musicians, it’s hard to get heard,” she says. “Every place has music seven days a week.”

Brent cut her 2014 release, Stardust, in Seattle with John Convertino of Calexico on drums and Johnny Sangster, who has worked with indie-rock royalty such as Neko Case, Mudhoney, and Mark Lanegan, behind the mixing board. Expanding on the rock roots Brent explored on her debut, Stardust casts a broader tent, veering from Fleetwood Mac territory to bewitching Tex-Mex and noir melodies driven by her one-of-a-kind voice, at turns soothing and sharp as a razor’s edge.

But when Brent showed up to the Daptone House of Soul in the Prospect Heights neighborhood of Brooklyn, New York, in July 2018 to record Undercover, another side of her came out—the one that reveres Sister Rosetta Tharpe, The Ink Spots and Bobby Womack. Recording in the same place where Sharon Jones and Amy Winehouse both cut historic albums, Brent once again teamed with Sangster, who brought in the rhythm section from Memphis garage rockers Reigning Sound to give the songs a vintage R&B vibe.

The music wasn’t the only thing hot about the sessions, though. recorded in the dead of summer, they had to turn off the window AC units when they were laying down tracks. “I was like, ‘I can’t believe I came all the way to New York and it’s as hot as the Delta, or maybe even hotter,’” laughs Brent.

The songs were built around Brent and her guitar and recorded live to tape on an old eight-track reel-to-reel machine, instead of using computers like those used to record most modern albums. “The band was exceptionally tight,” she says, “and most of the songs were cut in one or two takes.” The final result reframed her songs with a sassy, swinging backbeat and classic soul horns and keys.

“It was completely Johnny’s idea [to record at Daptone],” says Brent, who nonetheless was growing weary of being cast as a folkie. “It was not my vision to go there, and a lot of people were afraid it might change my sound—and the sound is different, but they’re still my songs.”

The album also includes two cover songs, a take on the Chuck Willis R&B classic “Whatcha Gonna Do When Your Baby Leaves You” and the Jacques Brel ballad “If You Go Away.” 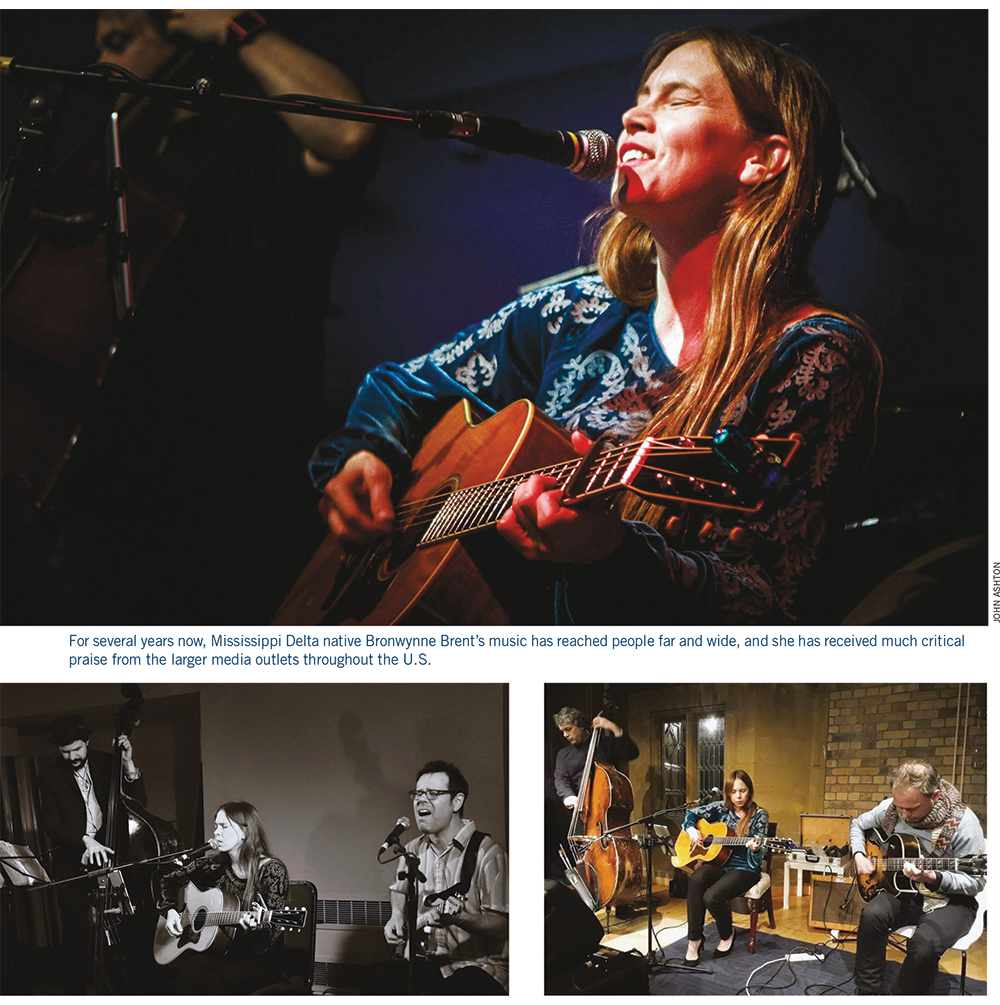 Brent traces her love of soul, blues, and R&B back to Greenville and the Delta, where much of her family still lives. Going to the Mississippi Delta Blues and Heritage Festival and seeing hometown artists like B.B. King play for crowds of people from all over made a strong impression on her.

“Being able to hear Son Thomas from Leland—there was just a lot of music happening when I was growing up,” she says. “I don’t feel like I took it for granted, but I did think it was always going to be around. We’ve lost a lot of people; a lot of the musicians have died. So, I guess it’s still a good place to be writing the blues.”

Today, Brent lives a slow-paced life on the Mississippi Gulf Coast, a mere hour’s drive from New Orleans, another of her favorite music towns. She spends a good deal of time working on her music, waiting for the pandemic to recede so she can get back to touring.

“I wouldn’t say that I’ve finished any [songs], but I have started things,” she says. “I was thinking about doing a bossa nova album,” a style she has been learning from a collaborator in Scotland who is originally from Brazil. “But as time goes on,” she adds, “you get interested in other things. I love all different kinds of music—but I did write one bossa nova song.” 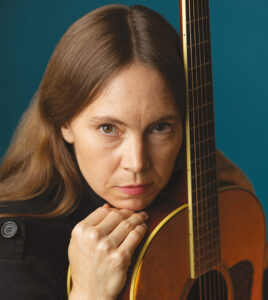