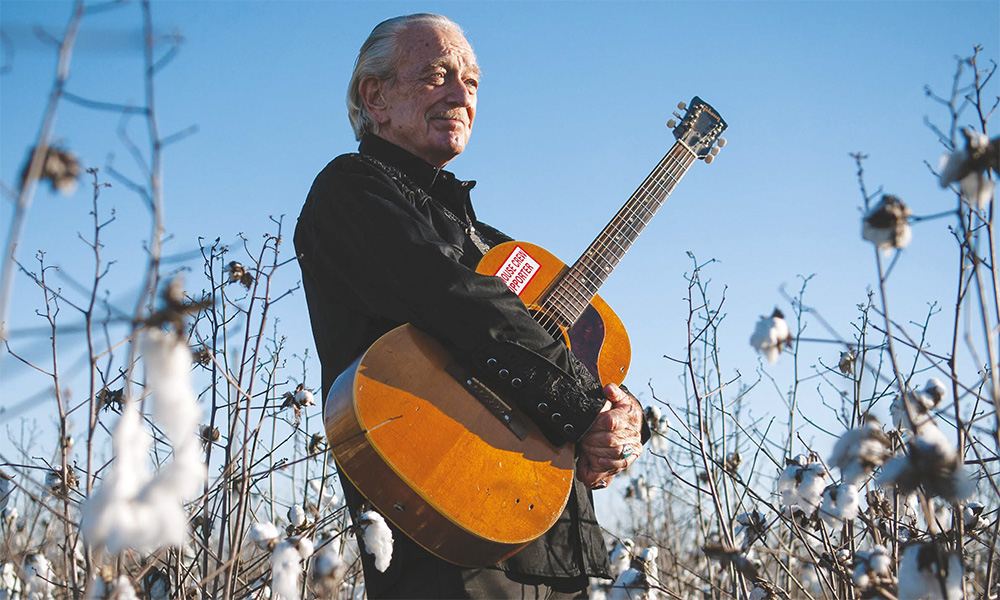 Charlie Musselwhite was born in Kosciusko, Mississippi, on the last day of January in 1944. His daddy played guitar and harmonica, and his mama played the piano. When Charlie was three, his family moved to Memphis where the wailing blues of early masters Furry Lewis, Will Shade, and Memphis Willie B. were being belted out on Beale Street. The rollicking sound of the Memphis Jug Band could be heard emanating from blues clubs where a whole lot of shaking and boogieing was going on inside. A lot of blues men and women were leaving the cotton fields of the Delta rolling up Highway 61 with a stop on Beale Street before heading on up to St Louis, Chicago, and Detroit. Rock ‘n’ roll was in its infancy as Sam Phillips produced Ike Turner and “Rocket 88.” Elvis Presley and Johnny Cash were hanging around Memphis. Charlie Musselwhite was a teenager, and he was listening and learning and yearning to play some of that “down home music that had feeling. I liked all kind of music, but blues sounded like how I felt.” Charlie recalled, “Playing music in Memphis was for my own gratification… there was something in me that had to be satisfied. Those folks were tuned in and sensitive to things that mattered about how you treat people and the quality of life on the ethereal level.” He gained a nickname, “Memphis Charlie.”

When Charlie was thirteen years old, he learned to play the harmonica and guitar. Later in his teenage years, he would be allowed into blues clubs because of his large size and looking as if he were twenty-one. After high school he chased a few odd jobs around town digging ditches, pouring concrete, and hauling illegal moonshine in a 1950 Lincoln automobile. In 1962, he  moved to Chicago looking for more reliable and better paying work. He landed a job at the well-known Jazz Record Mart and began hanging out at a lot of the local blues clubs on the South Side. He didn’t realize it, but many of the blues greats he had heard and knew about were living and performing in Chicago. Greats like Little Walter, Jimmy Reed, Buddy Guy, Big Walter Horton, Junior Wells, Muddy Waters, Howling Wolf, and Sonny Boy Williamson were living and playing their blues around town. Charlie rented a room with iconic Big Joe Williams in the basement of the Jazz Record Mart, oftentimes tagging along with Big Joe blowing his harp at gigs. Big Joe would later recall, “Charlie Musselwhite is one of the greatest living harp players. He’s right up there with Big Joe Williamson.”

One night at a club on the South Side a friendly waitress who knew him told Muddy Waters “You ought to hear Charlie play harmonica” and he did. From then on, every time Charlie would show up in a club where Muddy Waters was playing, he would ask Charlie to join in. According to Charlie, “That changed everything. That was good because a lot of musicians heard me sitting in with Muddy and started offering me gigs around Chicago. That night when I first sat in with Muddy changed my life and I owe it to that waitress, Mary. That was the beginning of my career.”

“The Chicago blues artists all liked Charlie as a person.
They felt he was one of them—a southern
country boy with a deep affinity for the blues”

Charlie formed a band and started playing the Chicago club circuit. In 1966, at twenty-two years old, he released his first album Stand Back! Here comes Charley Musselwhite’s Southside Band. The producer had misspelled his first name, but that had no effect on the critical acclaim that hailed his debut release.

“That album put me on the road and gave me a career.” Folks were soon listening, and his authentic blues sound became well known and a standard on San Francisco’s underground radio stations. Realizing there was a much wider audience out on the West Coast, Charlie moved to the Bay Area in August of 1967.

“Blues was exotic back then…hippies didn’t know what the blues was. But they were really open to everything. They were playing me on the radio and coming to my gigs.”

The counterculture scene readily accepted him, and soon he was a regular at the Fillmore West. Before long, fellow blues masters saw what was happening in San Francisco, and Paul Butterfield, Mike Bloomfield, and John Lee Hooker moved out and joined Charlie as the San Francisco area began a transformation into a hotbed of genuine blues music. “Blues is more than just another kind of music. It’s not some fad. It has substance to it. It’s deeper than music. Blues is about life. It’s kind of a philosophy, it’s always there for you.”

His career on the rise, Charlie began touring and winning over blues fans all over the country. He released eight solo albums during the 1970s and started gaining international attention in the eighties after getting control of a drinking problem left over from his younger days hanging out and playing in Memphis and Chicago blues clubs. By the nineties, Musselwhite signed with Alligator Records and started a new chapter in his career. He quickly put out three of his bestselling and most well-acclaimed albums in a short period of time. As he toured around the US and all over Europe, new and different melodious styles began to appear in his music. “I’ve been all over Europe on trains from Oslo to Italy. Every culture has music like the blues. There’s a guy singing about ‘my baby left me’ in every corner of the world.”

“My music reflects what I’ve been through or how I feel.”

“To play the blues, you must always follow your heart. Be spontaneous. It’s okay to listen to records and memorize in order to learn, but always strive to play your own blues,” says Charlie. Rolling Stone has stated, “Superb, original and compelling…Charlie Musselwhite, with unabashed excellence, sets the standard for blues.”

That’s a pretty strong statement, but it is as true as it gets. His music truly does come from his heart. “It’s an attitude, a way of living life.”

Having grown up around, been mentored by, and learning from some of the greatest bluesmen of all times, Charlie’s music is truthful, deep, and sincere. “I learned to smile at trouble; I won’t let it get me down. I’ll just keep on keepin’ on, ‘til the last deal goes down.”

To date Charlie Musselwhite has released forty albums throughout his career and is not slowing down. His music just keeps getting better and more sincere. The San Francisco Chronicle has stated, “Taste, restraint, and power. He’s one of the best, and as a bluesman, he’s as real as they come.” In 2013, Musselwhite teamed up with Ben Harper, and they released an album called Get Up. It debuted at number one on the blues album chart and the following year won the Grammy Award for the Best Blues Album. Rolling Stone wrote, “In Musselwhite, Ben Harper found a kindred spirit: an understated virtuoso able to push past tradition without losing himself. They’ve made a set that feels timeless and right on schedule.” In 2018, the pair released No Mercy in this Land, which was another critical and commercial success. Ben Harper stated, “Charlie Musselwhite is in that very rare and hallowed place where blues past, present, and future collide.”

Recently, Charlie and his wife Henrietta have moved home to Clarksdale, Mississippi. Even though he is very comfortable and happy to be back in Mississippi, he still goes out on tour. Recently, he was in Gary Vincent’s recording studio Clarksdale Sound Stage where there are “lots of guitars and some very good microphones” just jamming. In an article in Forbes magazine, Musselwhite stated, “I was just fooling around playing guitar, and Gary said, ‘You know, we should tape these tunes.’ I said, ‘Sure, go ahead, I’m just playing these tunes I like to play instead of sitting at home alone.’ At one point Gary said, ‘This could be an album.’ We brought in bass player Barry Bays and a drummer on a few tunes. It just kind of happened.”

That album is called Mississippi Son and one that every blues aficionado and Mississippian should have. “I’m just trying to play real blues. For me a lot of what passes for blues today is just real busy. Like rock blues. It’s all about technique. It seems like some people don’t understand what real blues is. You should use your technique to support the music. It reminds me of somebody who has a huge vocabulary but nothing to say. Where’s the music? I don’t see any excessive heart. So that’s where I attempt to come from: from my heart. 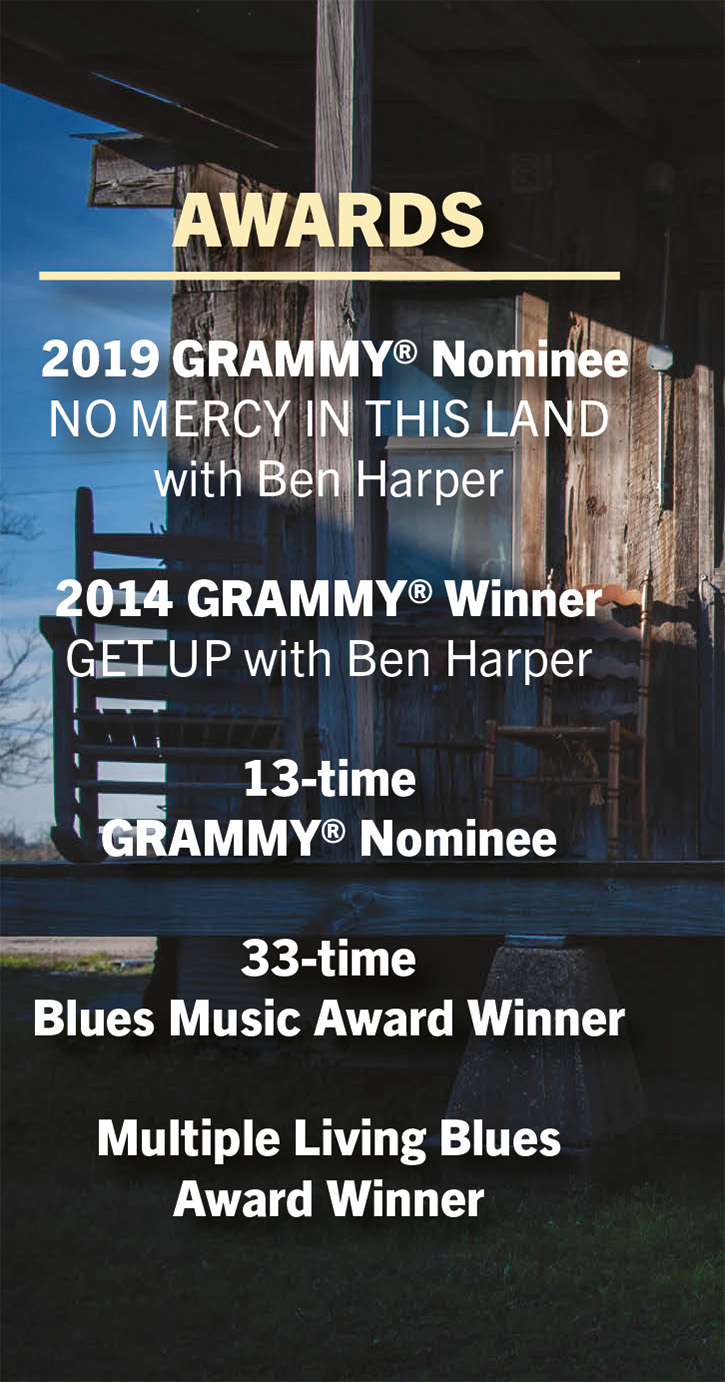