To say Greg Campbell and Erick New, owners of Garden District in Memphis have had some big ideas over the years would 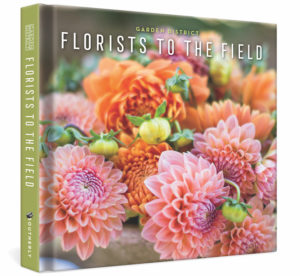 be an understatement at best. In fact, Greg and Erick have never let reality get in the way of a great idea.

Co-owners of the renowned Memphis floral boutique since 2002, their incredible designs have added that certain je ne sais quoi to every occasion of which they have been a part. From sky-scraping installations to an unobtrusive centerpiece, their unique skills complement each other beautifully. You might say Greg is the architect—a persistent, alert perfectionist, while Erick is the engineer—a methodical strategist always prepping for the next step. Their individual interests and skills add to the mix as well– Greg being a master chef and avid gardener; Erick, a former Eagle Scout and keen outdoorsman.

Perhaps their most ambitious undertaking to date is their new book Florists to the Field. Shot in stunning settings from the Deep South to the West Coast, to the Midwest and across the ocean to Holland, this is a must for anyone interested in floriculture. 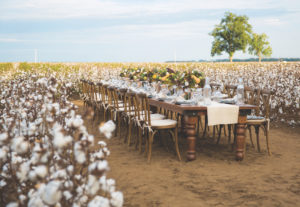 When I asked what inspired this type of book, with so many locations far and wide, wouldn’t you know it all came back to a Delta girl. “We had been tossing around the idea of doing a book but we could never settle on a subject or theme.  Elizabeth Heiskell approached us about doing a photo shoot at The Farmstead on Woodson Ridge because their florals manager, Katherine Sharp had tons of flowers during a slow time of the year. We thought we would go down there and make arrangements and photograph them for Katherine to use for her emerging flower business.  Elizabeth then had the idea of turning it into a dinner and then titled it “The Florists to the Farm” on the invitation.  When we saw the invitation, Greg and I looked at each other and said ‘This is it!  This is our book,’” said New.

“We then decided to contact family farms around the country and in Holland that we do business with and pitch the concept of us coming and doing a farm dinner for them. And that’s how we came to have such diverse locations.” 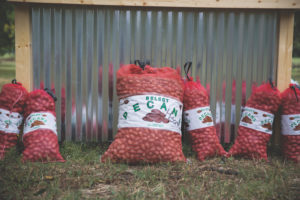 And the Delta pecan grove shoot? Since we carry Heaton pecans in the shop it was just fitting that they be a chapter in the book.  They were so excited to host a dinner in their orchard, and the addition of Chef Walt Norwood, who I’ve known for twenty-five years made it even more special.  We couldn’t have had a more perfect evening. A slight breeze kept the pesky mosquitoes at bay and the sunset through the pecan trees added to the magic of the evening.” — CC