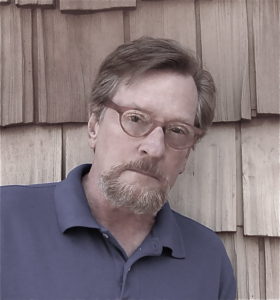 When I meet someone new, I always ask them, “Where you from?” I want to know if we have people in common. If that person is from Mississippi, I will find someone we share a connection to within seconds. It’s never “what do you do?” What do you do is more of an opening question a non-Southerner asks first off to get an immediate socio-economic answer. I think it’s an inappropriate question to lead with. Ask me that after the ice is broken and we can see if we have something else in common. When I am asked where I’m from, I always answer, “I’m from the Mississippi Delta in Cleveland, which is five miles from Merigold, Mississippi. But I’ve lived in Concord, North Carolina, since 1992. Before that I lived in Nashville, New Orleans, and Miami.”
I was born in Greenville, Mississippi, at King’s Daughters in 1949. My father’s preaching of Methodism took us all over the state: Benoit, Leland, Starkville and Cleveland.
I say I’m from Cleveland because, although I only lived there six years, that is where I went to high school, the first two years of college and where my puzzle- piece life first fit into a community. My speech still has that Delta edge.
Over the last forty-eight years, I have returned again and again to Cleveland. I am comforted to see people I have known since childhood. It is heartwarming to see people that I knew as a youth and can see in them that which is still so familiar after all this time and how their features have been treated by time, but how so little else about them has changed. It really anchors me to my past. When my son attended Delta State just after returning as a Marine from Iraq, he was amazed when people would ask him if I was his father.
I ran into someone recently while attending, with old friends, a community event outside Cleveland. The home’s owner said, “John Miller! Son of a gun! How long has it been?” I said, “Since your wedding, about fifty years.” He replied, “Well, let’s not make it that long till the next time.”
Memories bond us. There is running into someone who remembers that time you drove a tractor on their father’s plantation one Saturday in 1967, the shared memory of mosquito swarms, dove hunts, Queen Anne’s Lace, the smell of DDT fog, the sub-Saharan heat, and the memory of slick gumbo mud wrapping our tires and forming platforms under our boots.
Maybe it’s the familiar sight of the flat earth, oceanic open fields fenced with turn rows and tree lines that slow the winds, and that big open sky that just feels right. Maybe it’s that being in proximity to where the Earth’s magnetic pulls are familiar to my beginning.
The thing certain is that every time I return to the Delta it’s like I’m being hugged.

John Ramsey Miller is the New York Times Bestselling author of The Last Family, Inside Out, Upside Down, Side By Side, Too Far Gone, Smoke & Mirrors, and The Last Day. He has been nominated for the International Thriller Writers, Thriller Award for Upside Down, and a Barry Award for Inside Out. His first book was the non- fiction book, As Nasty As They Wanna Be, the story of the Broward County Florida obscenity trial of the band, 2 Live Crew. His latest book is
McCartys of Merigold, Mississippi, a coffee-table book showcasing the pottery and the lives of his friends and mentors, Pup and Lee McCarty.