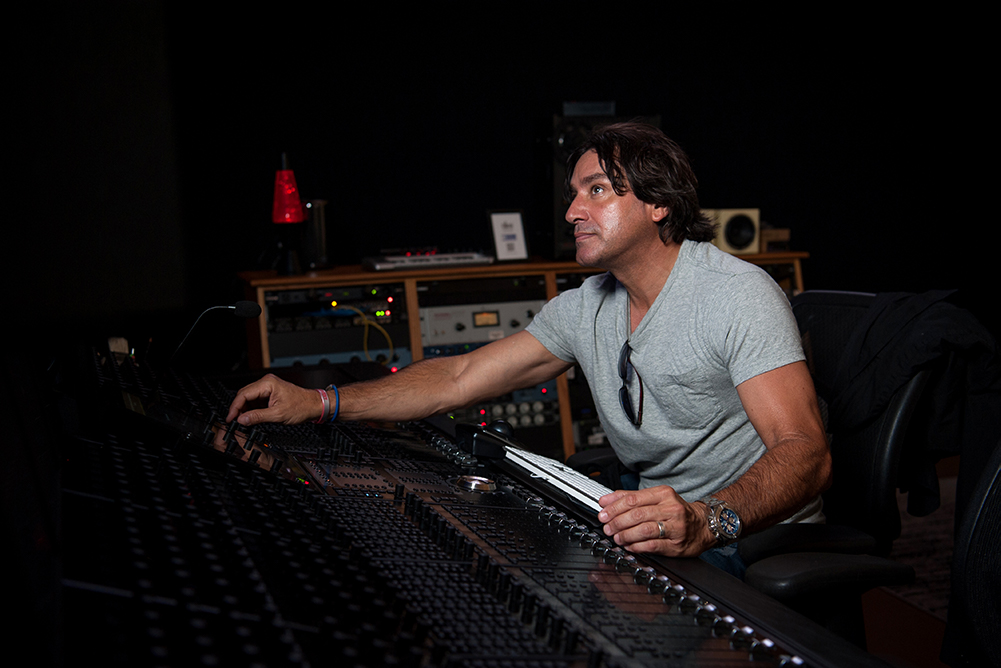 Americana singer-songwriter Steve Azar’s long road home from Nashville wound through music venues across the US, down interstate highways and under big-city lights, for two decades. But it began before he ever left the Mississippi Delta.

On My Mississippi Reunion, Azar celebrates the past and the present on songs that bookend his Delta experience, written against a backdrop of seemingly endless Delta fields and dusty backroads. “This is the record I’ve always wanted to release,” says Azar from his home in Greenville. “It just took me a lifetime to do it. It’s like a big old photo album.”

Azar already had his eyes fixed on the open road when he graduated from Delta State University in 1987, with two hundred shows on the calendar for the Steve Azar Band, which was managed by his brother Joe, as well as ten people on the payroll and two trucks worth of equipment to pay off.

“We didn’t have a choice [but to tour],” he laughs. “Joe and I owed so much money. We had to get all that gear paid for before I could ever go to Nashville.”

The aspiring star spent the next few years sharpening his songwriting and performance skills, but he was holding on to an ace. Atlantic Records co-founder Ahmet Ertegun, the man who launched the careers of Led Zeppelin and many others, had shown interest in Azar years earlier. Now, at a meeting with Ertegun in Nashville, he hoped his time had finally arrived. 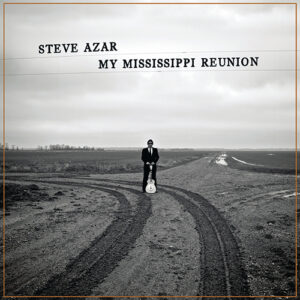 “I thought he was going to sign me,” says Azar. “Then he played me ‘Walking in Memphis,’ and he goes, ‘I’m signing you or him.’ That was my wake-up call—I didn’t have that. I’ll never forget. He says, ‘Not only do you not have it, this is going to win a Grammy.’”

Ertegun was partly right. The soulful Marc Cohn song was nominated for two Grammy awards, including Song of the Year, but won neither. Instead, Cohn himself won for Best New Artist. That Cohn was a New York City session vocalist singing about Azar’s home turf only added to the sting.

“I was writing about the Delta [but] I was too afraid to play that stuff for him,” Azar says. “I was told so much that, ‘You’ve got to be more commercial than being Mississippi.’ And the funny thing is, it’s been Mississippi that’s made my career.”

Everything finally came together on his 2002 album Waitin’ on Joe, which spawned the hit title cut and featured Morgan Freeman and Azar’s beloved Delta in the music video. The song did well, but his breakthrough hit, “I Don’t Have to Be Me (‘Til Monday),” from the same album, spent more than four months on the Billboard Hot 100 and peaked at number two on the country chart.

From then on, Mississippi factored more and more in Azar’s songs. The eleven-track My Mississippi Reunion compiles many of them alongside new cuts like “Rosedale,” a song inspired by a long Delta drive with his daughter.

“I was taking my daughter to a track meet in Clarksdale,” he recalls, “and we went the back way [up Highway 1], the way I love to go when the fields are high. And she goes, ‘Dad, I’m going to name my first daughter Rosedale. You know you have to write me a song.’ So I wrote the song for her.”

His collaboration with two-time Grammy nominee and hill country blues artist Cedric Burnside on “Coldwater” had a similar start on a drive to Memphis. When he passed through the town, the opening lines to what became the song landed on him immediately: “We’re in Coldwater, and we’re in too deep.”

“It hit me, what we’re going through, and I said, ‘My God, we’re in cold water.’” The song came together quickly, he says, and gave him an excuse to record with Burnside, whom he had gotten to know while playing some one-off shows together. The pair tracked at the Delta Music Institute at Delta State, where Azar mentors students as part of the artist-in-residence program.

The album’s completist theme was intentional, he says. “Instead of having half a record, and you take a turn and all of a sudden you’re in Mississippi or the Delta, I wanted to put it out as one collection and one vinyl.”

While Azar is happy to be home—a place he’s been more in 2020 than any year since high school—the journey getting there hasn’t always been smooth. The road exacts a toll on performers and their loved ones that can be unpredictable. One of his bandmates went to prison for killing his girlfriend after a show, and another of his bandmates committed suicide. He managed to keep the band together for a few more years before moving to Nashville.

Later, right when he was poised to follow up his biggest hits, record-label mergers sidelined his tour and squandered the momentum. While he watched former tour-mates Keith Urban and Brad Paisley continue to rise, he wrote more than eighty new songs at the behest of a succession of new A&R label reps. Then, after progressing from performing in smoky bars to arenas and festivals, resulting in years of abuse and damage to his vocal cords, he developed a cyst.

“I was losing range by the second and had a lot of noise in my throat,” he says. “It got to the point where I’d sneeze and there was nothing but blood. Every time it would start to get better, I would sneeze or something and it would rupture, and I could just taste blood.”

Finally, he asked out of his contract, had throat surgery, and made Indianola on his own in 2008 before hitting the road with Bob Seger. As he watched the headliner fly in and out for shows while he was stuck on a bus, away from his family for extended runs, he realized what he was missing at home. After the tour, a more weathered and wiser Azar moved his family back to the Delta.

Leaving Music City was hardly the end of his run as a hitmaker, though. Once he finally accepted that the Delta had an enormous grip on his soul, he yielded to it and found success writing about his home. In fact, “Sunshine (Everybody Needs a Little),” became a number one hit on GAC, and Taylor Swift named it her favorite song of 2010 in People magazine. He learned the value of airplanes over buses from Seger and now flies to forty or more live dates a year, while running Ride Records, hosting a radio show, and more.

“When I finally realized how to say it, I had to make music that represented how I felt growing up,” he says. “It’s funny—when you’re a kid, you’re in the middle of it. It’s hard to see unless you leave it.”