Turkey season is right around the corner which means hunters all over Mississippi and the country are gearing up and preparing for the spring season. The most essential tool in turkey hunting is a turkey call to bring the birds in close and in range.

Nobody knows about turkey calling better than Mississippi’s own Bill Lester, executive director of the Dockery Farms Foundation and an artist whose passion for hunting and the outdoors led him to create his own duck and turkey calls. Lester’s turkey calls are not the usual calls you see in major outdoor stores. His calls are handcrafted and are only sold once a year during the National Wildlife Turkey Foundation (NWTF) which is the biggest turkey convention in the United States held in Nashville, Tennessee every February.
Lester’s calls are made out of acrylic tubes which require hunters to draw air into their lungs rather than blowing into the tube as a duck call would require. This gives the turkey call a louder more realistic sound that is supposed to represent a hen turkey during the spring mating season. 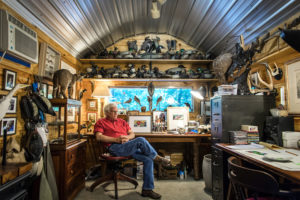 “After I made a few duck calls, I thought this new acrylic material that you make duck calls out of and that makes them sound so crisp and clean, I could probably do the same thing with a turkey call,” said Lester.
Lester made sure to test his product out in the field before selling it to customers.
“The turkeys seemed to really like it. They would answer the call and would come and visit with me,” Lester said jokingly.
Lester has been making calls for twenty years and does not see himself slowing down. His calls are exclusive and are only sold during the NWTF convention. He charges one hundred dollars per call and has created a following while doing it.
Lester who is now in his seventies, still loves to get up early in the morning and get out in the woods to go turkey hunting. His passion for the sport has not dissipated over the years. 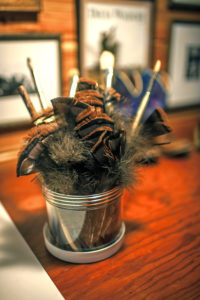 “I just love hearing the woods come alive and being a part of nature.” When you get to be over seventy, every season is a special gift so I am looking forward to getting out in the woods and walking around and just doing what I love to do,” said Lester.
Lester’s one piece of advice for turkey hunters all over is to stay still and don’t move.
“A lot of times hunters will get up and move and try to look around and that spells failure. Just sit still and hope for the best,” he said. 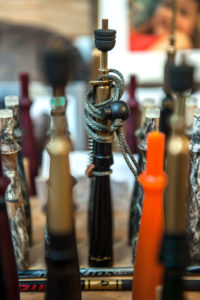 13 thoughts on “Turkey Season Is Calling”