Created to give area women a way to make their own money, Tutwiler Quilters has survived thirty years, one stitch at a time

Stitch by stitch, the women of the Tutwiler Quilters weave their legacy into quilts that will find homes across the country, a piece of the Mississippi Delta bound for parts unknown. Rich and vibrant with color, every quilt is as unique as the women who create it. Personality leaps from the cloth, with each woman putting her own style, design taste, and affinity for certain patterns into her work.

History passes through her fingertips.

“Right here in the Mississippi Delta, where we don’t have a lot, we take what we have to keep people around the world warm and to continue that art,” says Melanie Powell, executive director of the Tutwiler Community Education Center.

On a March afternoon, half a dozen of the quilters gathered at the center, displaying their work and sharing a glimpse into what they see as a “dying art.” Together they have over one hundred years of combined experience. In their sixties and seventies, some of the women have been quilting since they were little girls, with memories of handing pieces to their mothers and grandmothers as they stitched the quilts by hand from scraps of discarded clothes. Others got into quilting more recently, at the insistence of their friends and with the lure of something to do in retirement or a way to make a little extra money. What started more than thirty years ago as a small community project has since grown into a community of women.

In the 1980s, Dr. Anne Brooks came to town to work at the Tutwiler Clinic. Both a doctor and a nun, Brooks was focused on healing physical and spiritual needs. Brooks asked Sister Maureen Delaney to join her in Mississippi, and in 1988 the Tutwiler Quilters was born, giving women in the area a way to make their own money their own way.

Mary Mackey, sixty-four, of Jonestown, has been with the quilters since their inception. Speaking of “Sister Maureen” and “Mother Founder” Pearly Taylor, Mackey slips into storytelling mode, her voice softening as she uses her hands to accentuate a point. Although Delaney has since moved on and Taylor has passed, their influence can still be felt. But the quilters have dwindled in numbers as older women either stop quilting or pass away. Every inch of the quilts is hand-stitched, a sewing machine never used, and younger women don’t seem as eager to take up the art form. Without them to continue, the beloved craft is at risk of being lost to the past.

Sitting on the corner of Hancock and Alma Street, the community center is a familiar sight for those in Tutwiler. But inside, a treasure trove awaits. Past the entryway, back through a hallway, the center opens up into a bright and airy space filled to the brim with wares. Quilted potholders, phone cases, and wine holders are all on display, offered in a host of colors and patterns. Artwork and photographs of past quilters don the walls, history encapsulated in a frame. But the centerpiece of the room is a table that proudly displays the Governor’s Arts Award. The quilters were awarded the prestigious honor by Governor Tate Reeves and the Mississippi Arts Commission earlier this year.

As the women crowd around the statue, executive director Melanie Powell speaks with pride about both the founding members of the quilters and the accomplishments of the current quilters. Over the years, they have gained international recognition for their talent, and with that Powell hopes they can be the narrators of their own stories.

To help encourage those who come behind them, Mackey goes into people’s homes to teach a quilting class. In just one example, Mackey met a woman in Tutwiler who didn’t have a job and needed income. So on her way home from work each day, Mackey would stop by the woman’s house, spending several hours teaching her, until the woman felt confident enough to quilt on her own.

“Her work sold as fast as I could get it in,” Mackey says. The offer still stands for anyone interested in quilting and in need of some additional funds.

Bobbie Spears, sixty-six, of Ruleville, bought a new car with money earned from quilting. For others, it pays bills their income simply doesn’t cover. With children and grandchildren at home, money can get tight. Quilting affords them financial independence.

The quilts range in price, depending on the size. Baby quilts start at eighty dollars while a king-size quilt sells for four hundred dollars. The women get 80 percent of the profits, with the 20 percent going back into supplies provided by the center. Output depends on the quilter, but Spears says she regularly makes two a month. 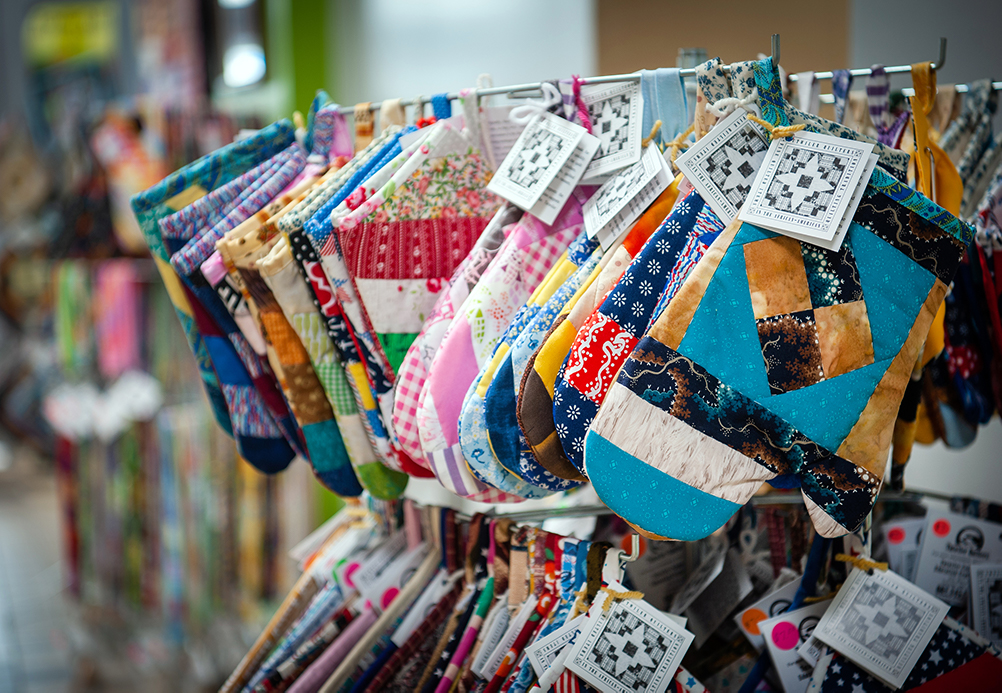 But not everyone likes to make the quilt from start to finish or has room in their home. Martha Williams, sixty-four, of Ruleville, often has her supplies spread out in different rooms throughout the house. Spears simply doesn’t have the space to make anything larger than a queen. She can “piece” a king-size quilt but can’t do the final backing. That’s where Ella Townsend comes in. Townsend, sixty-seven, makes her quilts but will finish the quilts for other women in the group.

They often get requests for certain patterns or styles, but no two quilts are alike.

“We really have to follow the trends but still stay true to the work,” Powell says. 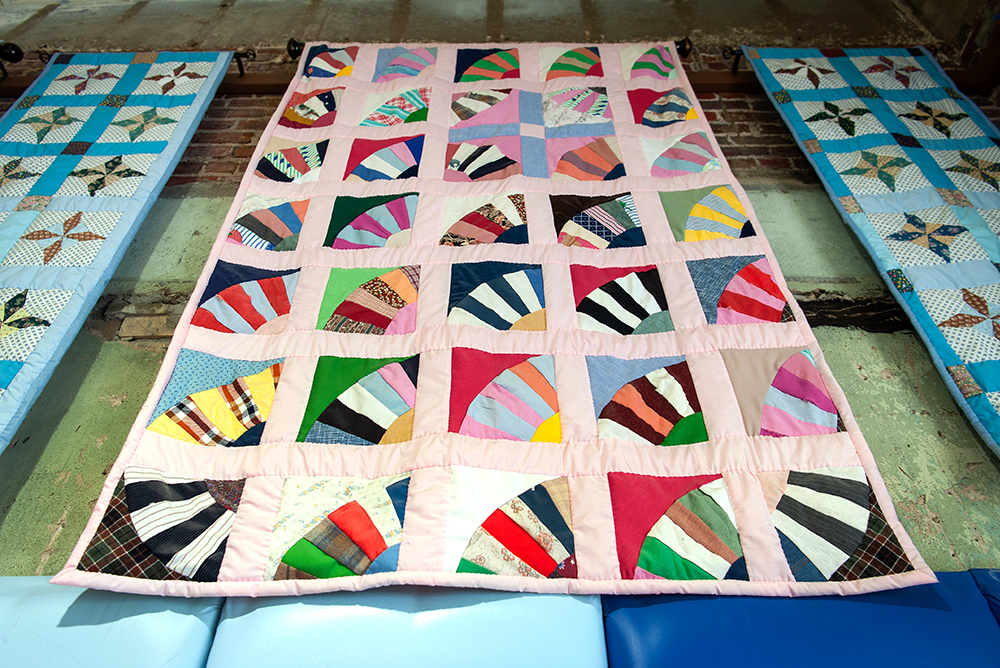 Recently, the quilters got an order for a red, white, and blue twin quilt. Almost immediately, the buyer placed an order for two more. None were the same pattern, but the color scheme was the same. The quilts were then given as gifts for the buyer’s grandchildren that they can cherish for generations.

The women don’t often choose the colors or swatches they quilt with, but their personal flair can be seen in how they piece the fabric together. For the more experienced quilters, the patterns are in their heads and flow through their hands, almost instinctively. Each quilter has a favorite, but the star pattern is a popular choice among the women because many have been doing it for so long.

For Williams, though, it has personal meaning. When stitching the star pattern, Williams says she often thinks of her ancestors, slaves who used the stars to guide their way to freedom. Putting that pattern into her quilts is a way of passing history down to younger generations.

“It comes through my hands,” she says.

For the Tutwiler Quilters, craftsmanship guides their fingers, each stitch binding together the past and present. For those who they hope come behind them, the message is simple and pure: join us.

“If you want to learn how to do it, you can do it,” Mackey says.